On 21 April 2021, the United Nations launched the Second World Ocean Assessment (WOA 2) on the state of the world’s ocean, covering environmental, economic and social aspects.

Staff from the data centre of the Flanders Marine Institute (VLIZ) in Oostende (Belgium) were among the 300 selected experts from a pool of 780 experts from around the world who contributed to this +1,000 page landmark document. This second cycle (WOA 2) ran from 2016 till 2020, and extended on the scope of the first cycle (WOA 1), published early 2016. Whereas the WOA 1 focused on establishing baselines, the second cycle extended its scope to evaluating trends and identifying gaps.

Besides VLIZ, the UNESCO/IOC Project Office for IODE is also located in Oostende, in the same building, and since 2012 operates the global Ocean Biodiversity Information System (OBIS). OBIS holds the information on where species live and in which abundance. OBIS uses WoRMS and MarineRegions to manage the spelling and correct use of species names and to develop spatial products. VLIZ operates the European node of OBIS as a National Oceanographic Data Centre (NODC) of the International Oceanographic Data and Information Exchange (IODE) programme of the Intergovernmental Oceanographic Commission (IOC) of UNESCO .

This combination and co-location of both teams managing WoRMS, MarineRegions and OBIS makes Oostende a special hub of unique expertise, which now has led to several important contributions to this United Nations report. Both teams worked together to develop the statistics on the trends in marine biota (chapter 6) as well as the state of biodiversity in marine habitats (chapter 7), which resulted in improved understanding of the ocean.

Data infrastructures like WoRMS, OBIS and MarineRegions are now globally recognized as providing the backbone for such major global ocean and biodiversity assessments, and combined with analytical tools enable scientists to interact programmatically with these data sources and facilitate the creation of products and indicators. As such, during the last decade, the role of oceanographic data centres like VLIZ has expanded from purely managing ocean data to also developing tools and services to generate the scientific information to support decisions which ultimately should lead to actions for the achievement of the UN Sustainable Development Goals as well as the implementation of the UN Decade of Ocean Science for Sustainable Development (2021-2030). Examples of such tools that were used and referenced in this UN report are the OBIS R-package and the LifeWatch Services.

The role of data as a key element in knowledge generation is increasingly recognized. Also in this recent Report, the United Nations encouraged the sharing of knowledge (and made specific reference to the Ocean Biodiversity Information System) and open access to information and data streams, in particular across sectors, in order to ensure that the data collected are made available to all (e.g., “collect once, use many times”).

Despite the COVID-19 pandemic, we can report that a record amount of new data has been published in OBIS in the last year (nearly 20 million new species observations) and 14,573 species names have been added to WoRMS, of which 2,572 were new to science in 2020. It is heartening to see that international collaboration and data sharing has not stopped, but continues to grow, also in the oceanographic domain.

Funding
The contributions by VLIZ to these chapters of the second World Ocean Assessment were made possible through the support of, and funds received from the Research Foundation – Flanders (FWO) as part of the Belgian contribution to LifeWatch. LifeWatch, the E-Science European Infrastructure for Biodiversity and Ecosystem Research, is a distributed virtual laboratory, which is used for different aspects of biodiversity research. The World Register of Marine Species (WoRMS) and MarineRegions are part of the LifeWatch Species Information Backbone that aims at bringing together taxonomic and species-related data and at filling the gaps in our knowledge.

The contributions from the UNESCO/IOC Project Office for IODE, and in particular OBIS, has been made possible thanks to the financial support for the “Development of Information Products and Services for Ocean Assessments (DIPS-4-Ocean Assessments)” project funded through the UNESCO/Flanders Fund-in-Trust for the support of UNESCO’s activities in the field of Science (FUST). 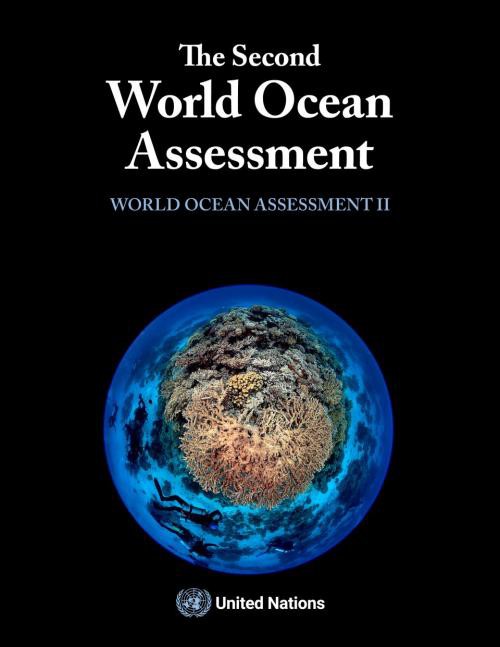