As for previous years, the World Register of Marine Species (WoRMS) has again released its annual list of the top-ten marine species described by researchers during the past year to coincide with World Taxonomist Appreciation Day on March 19th!

If you were unaware of this celebration of all the work that taxonomists do, you can find more here, here and here.

Every day in labs, museums, out on fieldwork, taxonomists are busy collecting, cataloguing, identifying, comparing, describing, and naming species new to science. Some 300 taxonomists globally also contribute their valuable time to keeping the World Register of Marine Species up to date. Today is a chance for us at WoRMS to thank our taxonomic editors for this important task. We celebrate the work of taxonomists now with the WoRMS list of the top-ten marine species described in 2021 as nominated and voted for by taxonomists, journal editors and WoRMS users!

This top-ten list is just a small highlight of over 2,000 fascinating new marine species discovered every year (there were 2,241 marine species described in 2021 and added to WoRMS, including 263 fossil species). Each of these marine animals has a story. This year the chosen species range from the extremely tiny and often overlooked, to a new species of whale! We feature the tiny Japanese Twitter Mite, discovered on social media, the Quarantine Shrimp, described during the COVID-19 lockdown, a new species of mysid hiding in plain sight, the massive Yokozuna Slickhead, honouring high ranking sumo wrestlers, and the astonishing Jurassic Pig-Nose Brittle Star! 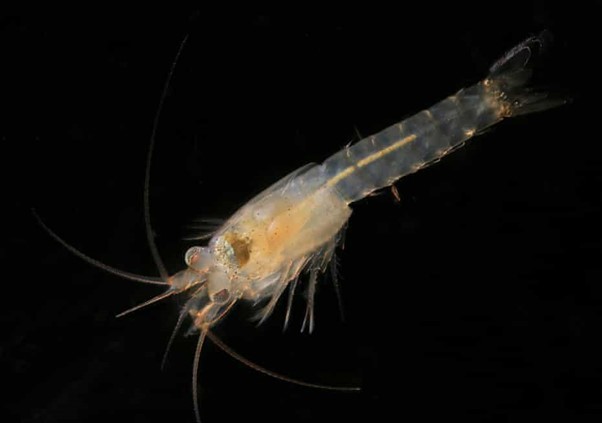